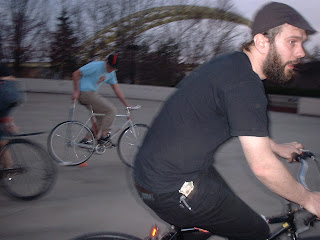 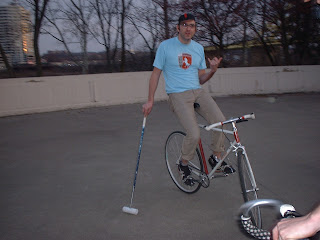 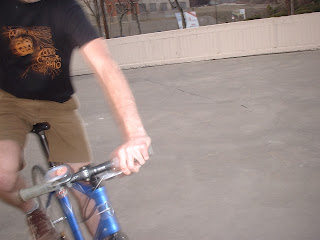 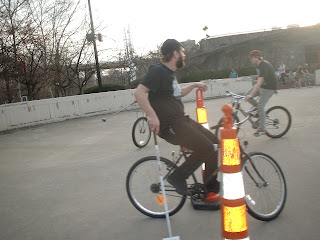 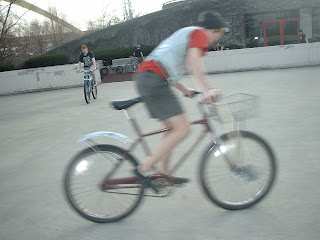 3v3 (and some 4v4), two days. Finally found a site worth a damn, that which is made of a flat, non pock-marked and paved surface, and has WALLS. Tie that to the most pristine day of pre-spring weather and we are in business. The only thing we needed to have happen is for folks to turn up. In that, we had about ten players, some of which I had never even seen play. If only we could get all of those who have come out intermittently to appear all at once…

Here we are playing within wafting distance of Montgomery Inn’s gaudy post-Soviet structure to the east and the Carl Lindner Tennis complex also hidden behind a concrete wall. It is approximately a circle although I think it is slightly longer than it is wide. With some dilligence, lots of plywood, and the cooperation of the skate rental shed management, we could separate this into one prime court or two tournament style courts. This court has the potential to be just as rewarding and beneficial for play as Dayton’s Walnut Hills court pictured below.

I have already started motions towards reserving this every Saturday so we don’t have to claim it from the children who run around and do donuts in their power assisted wheelchairs (Michael and I saw a brave girl do this for a solid 10 minutes). As always, we will have the goals and mallets available at 5:15 ish and start promptly at 5:30. 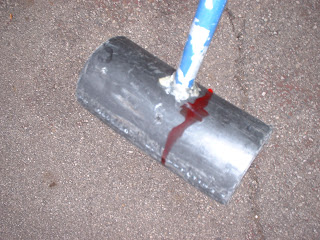 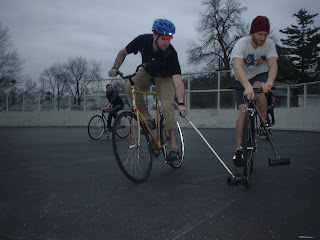 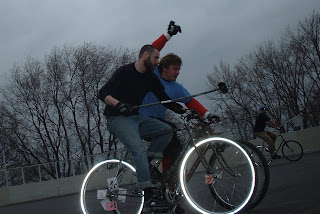 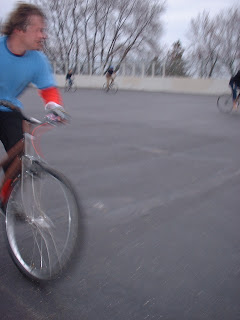 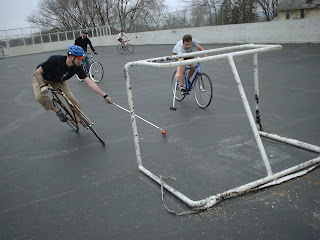 On Sunday, Michael and I took our momentum and hangovers to Daytron for some fast paced smashing and it did not disappoint as is shown by Todd’s bloodied mallet. As per usual, big Lee made us look like fools and everyone else exhibited some solid Dayton pride. Good, relatively clean playing from all. Southern Ohio represent!