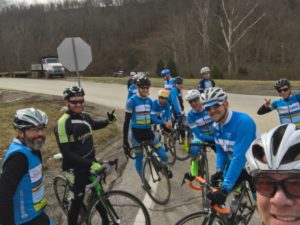 This weekend we were luck to have unseasonably warm weather with the highs in the 60s both Saturday and Sunday.  Saturday was finally a time... Read More

Every couple months the guys at the UC cycling club host a fundraising day where clients pay only $50 for lactate threshold test. Being a... Read More

The last two days have been evaluation. First day was doing a basic power test by doing two 8 min all out intervals with 10... Read More

Living in Cincinnati forces all but the insane to ride inside for a couple month of the year.  Lots of people hate this but I... Read More

Today's weather allouded for the first outside ride of 2017. The surface was wet but it warmed up to mid 50s! I had planned to... Read More

Congratulations, Team Hungry! Because of you all, we raised almost $1200 yesterday! More than 15 team members + family members participated in riding our bikes... Read More

Cycling is a Gateway Drug 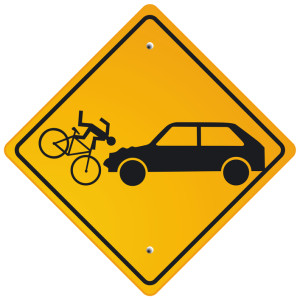 What to do when you're in a bike accident...

Unfortunately, the day might come when you're hit by a car while riding your bike. Here's some things to do if you're in a bike... Read More

Cleves has had 1810 riders that have ridden the course since 1974! Cleves is starting up in May. It runs every Tuesday until the end... Read More